Posted at 15:55h in We Proclaim by Guest Writer
Share

4 hulking figures bristled in the shadow of the carpark. Zippp. We looked on with bated breath. Zippp. Slowly, two large eyes emerged into the sunlight, and then an… orange button-like nose? Engine red fur? A gangly figure waved from across the basketball court. Whooooo! The crowd erupted into squeals of delight.

One by one, Barney, Rilakkuma and Sharkie mascots (“monsters”) suited up and trooped out from the shade, which sent the crowd into further peals of laughter. Never mind the sweltering heat of the afternoon, youths and young adults had gathered at *SCAPE on 29 October for a romp of gargantuan proportions: dodgeball, with a monstrously funny twist. We wanted to celebrate Halloween in a merry-not-scary way. 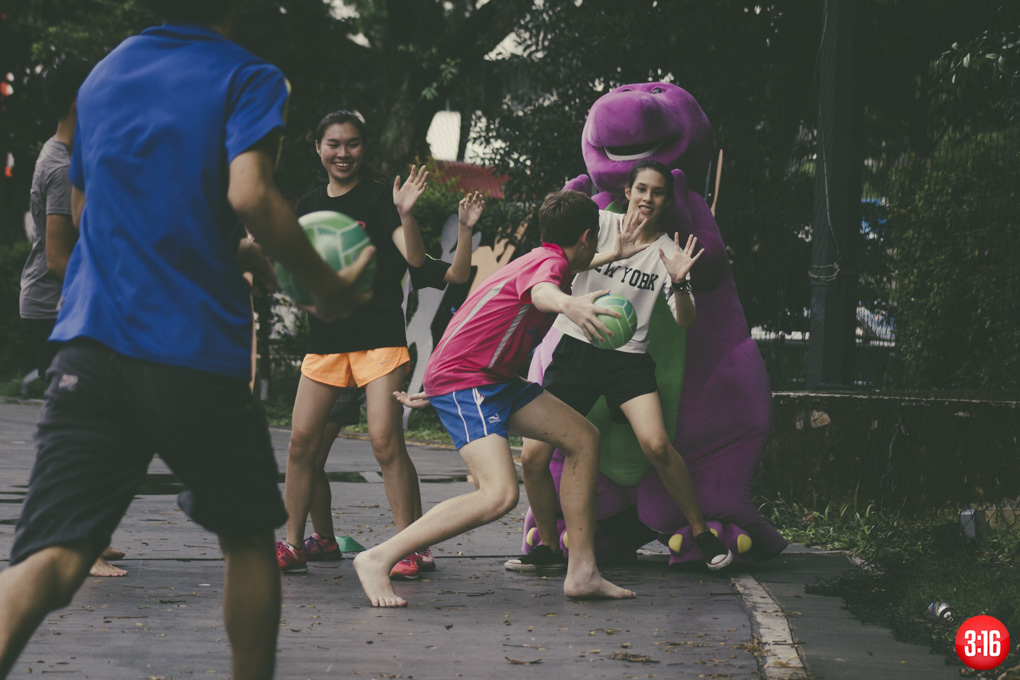 We were divided into 4 teams, each team tasked to protect their mascot from getting hit by flying balls, while trying to hit other teams’ mascots. What ensued the moment the starting whistle was blown was ebullient energy: leaping limbs, people who discovered their inner Flash, incredulous screams as their own mascots got hit, and joyful bellows as opposing teams’ mascots cowered behind human defense lines.

One of the day’s highlights was a mascot dance-off during half time. Imagine this: a breakdancing Barney, a shark who played a mean air guitar, an Elmo who boogied his furry way to a funky tune, and a Rilakkuma who was bear-y good at doing the one-two step. Passerbys even paused in their tracks from afar, laughing along to this comical spectacle unfolding in the unlikeliest (and perhaps hottest) of places. 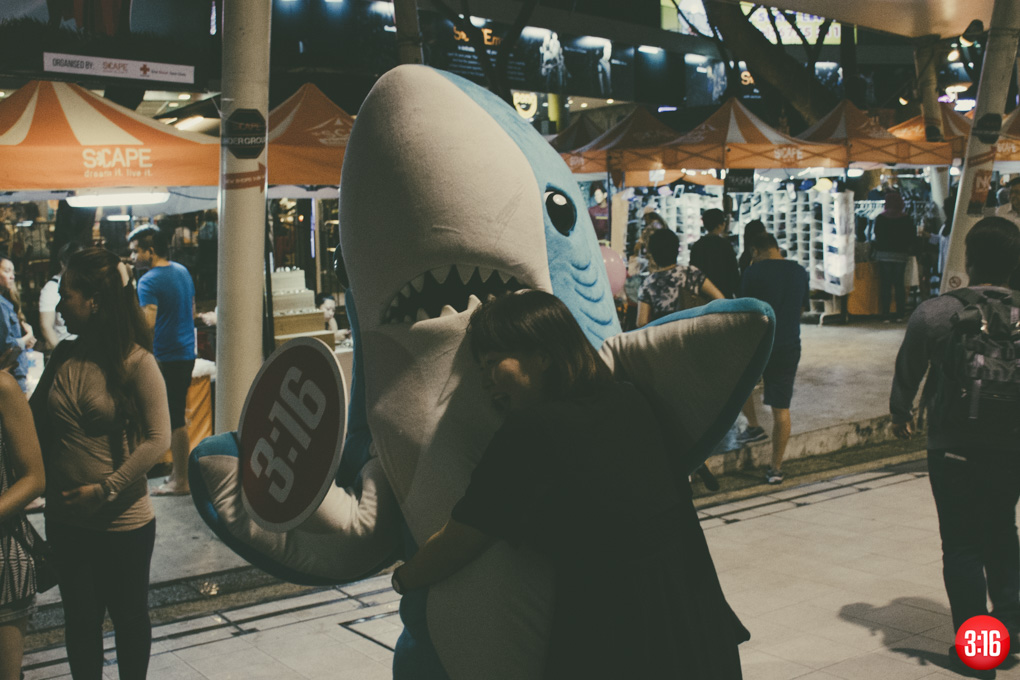 We wanted to take the fun and cheer beyond the basketball court too. Off we went, arm-in-arm with the mascots, to stroll down Orchard Road and wave hello to evening weekenders. Public response was overwhelming as families, friends and couples swarmed around these familiar childhood figures to snap photos. We fondly recall a toddler who had been licking ice-cream from behind the glass window of a McDonalds, before jumping up excitedly when she spotted Barney ambling past on the pavement outside.

It was a compelling juxtaposition to see people dressed up as bloodied zombies or clad in ghoulish masks passing by, amid some “haunted houses” set up in the vicinity, while the mascots pranced about merrily on the streets. 31 October thrives on the scare factor, but we’d honestly rather draw out laughter than fearful screams. Laughter, after all, is the best medicine for a bad day, a heavy heart, or a broken soul. Our church community is founded on love – John 3:16 – and to love the larger community would be to inspire smiles across their faces. 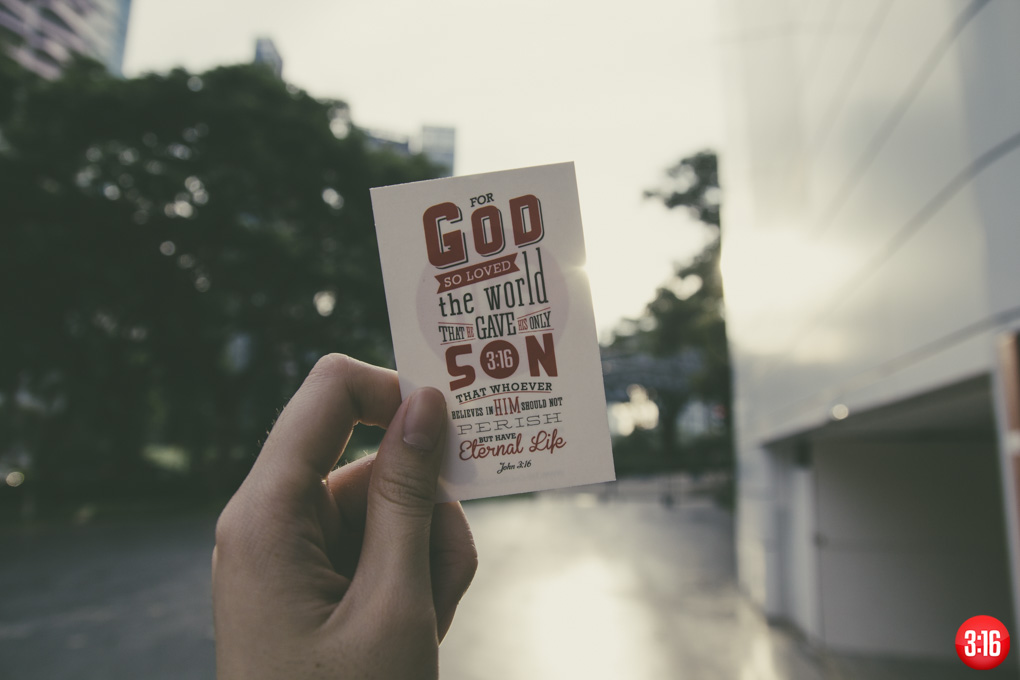 For God so loved the world that he gave his one and only Son, that whoever believes in him shall not perish but have eternal life. We think that’s worth a grin from ear to ear. Don’t you?